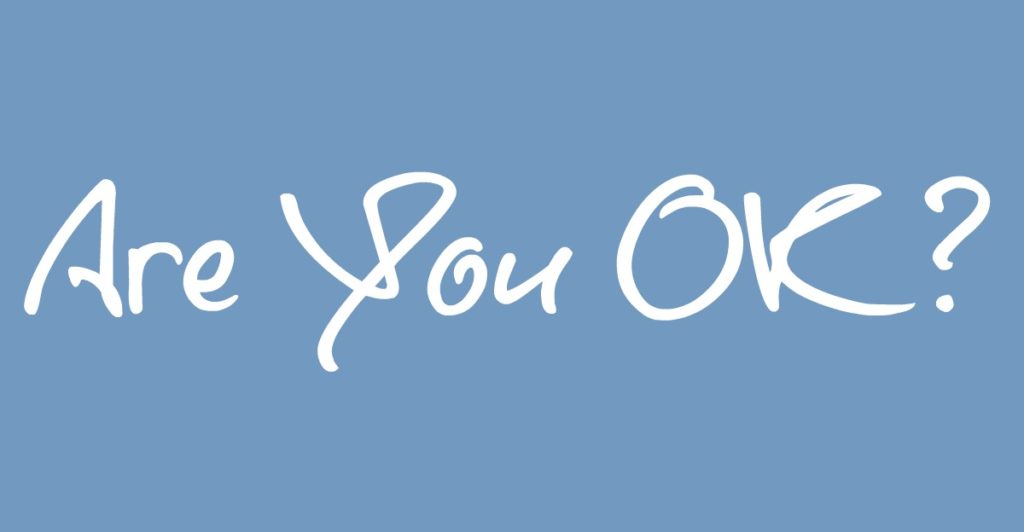 I’m having a great day. I’m hanging out with the person I trust the most in the world- so for this scenario we’ll say it’s my husband. After a fun morning of playing outside, we head back inside for a snack and a nap. On my way in, I fall up the stairs. The fall isn’t major and there isn’t any blood, but it still hurts. And it not only hurts, but scares me a little bit. I start to tear up and look to my husband for comfort.

But rather than comforting me, he flippantly says “You’re OK. Brush it off.”

He’d be getting the silent treatment for the rest of the day.

As adults, we want to be validated. We want someone to say “Whoa, are you ok?” Not blow off the fact that we just got hurt.

But it’s rare that we treat our toddlers this way.

My Toddler Needs Validation, Too

When a toddler falls, the world stops turning for a half a second. At least in my house. I do a quick visual check to be sure nothing is bleeding or broken. And then I hold our breath and pray the situation doesn’t turn into a scream fest.

And I fight the urge to say, in my most sugar coated voice:

To be clear, we mean well:

In reality, when we brush off the fact that our child is injured (even slightly) or scared, we tell them we’re not a safe space to express those feelings.

To the toddler mind, that’s quite the combative gesture.

Toddlers are far smarter than we give them credit for. They understand more than we think they do, they are faster and stronger than we expect, and they are well into developing emotional intelligence. As parents, we need to understand and respect the heck out of this fact.

When I was first exploring ALL of the parenting philosophies, I was under the understanding that we shouldn’t make a big deal of toddlers getting hurt.

Which seems like a good idea, because these kiddos fall down, bump their head, and stub their toes 8,000 times per day.

And it changed my way of communicating. It changed the way I respond to bumps and bruises.

Above all, my toddler wants to be heard. So when he gets banged up, I say “Are you OK?”

But sometimes he says “Nonononono” and runs to me to be picked up, kissed and cuddled. And after about 15 seconds he runs off to play.

Sometimes I slip up and say “You’re OK.”  That phrase just doesn’t sit well with him. As a result, he cries for longer or he lashes out shortly after.

For us, “Are You OK?” has changed the way we relate to each other.

Little Boy, This is a Safe Space.

I want my toddler to feel heard and validated. But even more I want to build the foundation of a safe relationship. A relationship where he doesn’t have to act strong and manly. One where he can come and be vulnerable; where he can tell me about his tough day, his heartbreaks, a touch that felt wrong, or a weight on his soul that he just can’t shake.

Safe spaces aren’t built in a day. They are built brick by brick, day by day, over the years.

Does This Make Me a Helicopter Parent?

I get looks from people. I know what they’re thinking — “Helicopter Parent!”

Let me assure you, I’m not a helicopter parent. My son is allowed to climb and play rough and live out his wildest toddler fantasies. But when he inevitably gets hurt, I’m there for him.

And isn’t this what parenting is all about? Supporting our children when they venture farther and farther, all the while maintaining a safe harbor.

Listen, I KNOW I’m a toddler parent. I have no idea what parenting my son will look like as a result of this strategy. But I know how he reacts and I can see positive change when I use this approach.