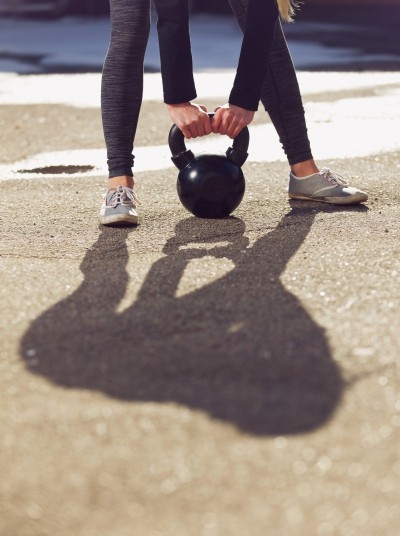 How Fitness Pictures May be Wrecking Your Body Image

Warning:  I didn’t pull any punches with this post.  I’ve been stewing on this topic for awhile, listening to One Direction and Taylor Swift all day, and now I’m all riled up.

We’ve all heard this saying before:

A Picture is Worth a Thousand Words.

But, what if all of those words were a lie?

Specifically, what if those pictures in that email you received from your favorite diet guru were not from clients he/she actually worked with?  Or the pictures on the advertisement for your gym were not created within those four walls?

In an age where we have endless access to “free” images ranging from inspirational to inappropriate, a single click of the mouse can send a picture to every time zone and latitude in the world.

Which is great for people who are looking to start a brand, spread a message, or share an idea.

But on the other side of the coin, we see people looking to get InstaFamous or take credit where credit is not due.

I have to tell you- I see this all the time in the realm of health and fitness.

A gym puts images of muscle bound beasts and beast-ettes they have not programmed, trained, or produced.  A diet program swipes a video of someone who has not used or endorsed their program and posts it on Facebook, implying an endorsement.  A magazine uses a stock image of  a fitness model, but then suggestively infers results that are not typical in the fine print.

And it hacks me off.

Sometimes Karma gets even…

To be clear, I firmly believe that using someone’s image as your own is a form of plagiarism.  You know, plagiarism- that thing that gets people kicked out of college and ruins their future.  Even if it’s done accidentally, it’s still considered plagiarism.

Unfortunately, in the school of life,  there is no professor to keep us honest.  But sometimes Karma catches up.

Are you familiar with Rich Froning?  He is the four time CrossFit Games champion and trains specifically to CrossFit modalities.  While “be ready for the unknown and unknowable” is a common mantra used by many Crossfitters, Rich Froning has not spent his time figuring out how to train for a triathlon.

Needless to say, this image is no longer on Outside Magazine’s Twitter feed.

Do you follow Jason Seib?  If not, you should.  His approach to weight loss is anti-starvation and anti-body hatred.  An image of one of his most famous clients was used in an email blast from trainer recommending the exact opposite of what he teaches.  And not only that, but this trainer watermarked the image as her own.  Um, what?

There was an apology issued on Facebook, but that apology is no longer posted on the newsfeed of said trainer.

But not all that glitters is gold.

Those were examples of images that were used without permission.  The other side of this is when stock images of fitness professionals are used to represent an outcome of a process, methodology, or plan that flat out did not produce those results.  This applies to both fitness models and professional athletes who are compensated for the way their body looks or performs.

While these images are used with permission, they are often misleading:

To be clear, I am not degrading or lessening the work of these professional athletes and fitness models.  They’ve gotten to where they are because they have mastered their field.  I am calling out fitness and nutrition “experts” peddling a result they did not produce.

I’m not bringing this up to make you want to quit.  I’m bringing it up because we are constantly under attack from the so-called “body image norm.”  When that norm is anything but.  Not every mother can lose the the baby weight in four weeks.  Not every bank manager can lift like Rich.  Our fitness is usually defined by lifestyle, stress tolerance, genetics, and the amount of sacrifice we can realistically make.

In short, performance and aesthetic goals are impacted by everything else we have going on in life.

But we all know sex sells.  The image of a size two fitness model will get more hits than a mom of four who is well rested, happy, mobile, healthy, and living a balanced life.

The Power of Discernment

So how do you know if the person you are seeking for advice, programming, or gym space is being completely honest about what they can do for you?

Below are three questions to you can ask before signing a contract or giving away any of your hard earned money.  As with most things, there are shades of gray, so just be sure to listen to your BS meter.

1. Is that person on your advertisement one of your clients?  Ideally you would want them to say “Heck yeah!  That person is the pride and joy of my program!”  But even if they aren’t, it may not be all bad.  For example, professional photos are expensive and stock photos are not, so maybe they are a start-up and need something visual (hey, I’ve done this when I needed some pictures of zombies).

2.  Are these results typical?  One plan or exercise will not work the same way for everyone, but all other things being equal, we should expect to see a common result.  If I were asking this question, I would be looking for someone to be able to explain factors that impact results.

3.  Am I able to customize or modify your program?  There is a fine line between modifying and flying off the rails while expecting certain results.  Modification is “I don’t like Brussels Sprouts.”  Flying off the rails is a doughnut at every meal.

We’re visual creatures, so using pictures to convey a message is incredibly effective and powerful.  There is nothing wrong with using an image to send a message… as long as that message is a fair representation of one’s work product.

I understand that things happen and images can be shared with the best of intentions, but incorrectly.  Regardless, if someone is showcasing someone else’s hard work, they should have the decency to give credit where credit is due.

Don’t let the image of your goals be distorted by someone looking to make a quick buck.  Those results may be anything but typical.

What do you think?  Is this practice a party foul or no big deal?  Have you seen this yourself?  Comment below!