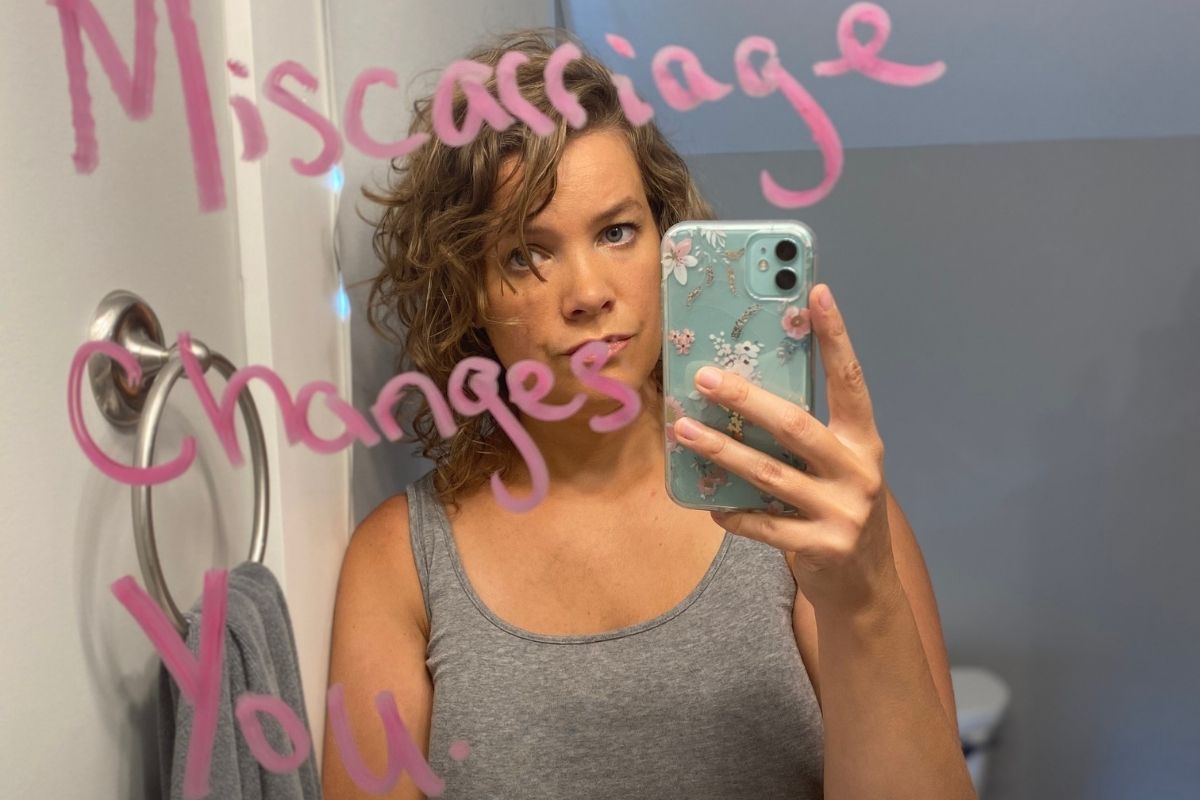 I was never sure how I would feel, but beyond all belief I was excited. Really excited.

WHO was this baby going to be? Would she have my husband’s eyes? Would he be stubborn like me?

I told my husband by giving him a bean. The size of our baby at the time. It was cute and whimsical.

It was a rough seven weeks. I was sick and tired 16 hours a day. But I kept counting down the days to hearing our baby’s heartbeat. Feeling him kick for the first time. Touching her fingers when she came earthside.

Everything was going to be ok.

Except Midwife Jessica couldn’t hear a heartbeat. “This feels worrisome, I know,” she said. “But not uncommon for 11 weeks. We’ll hear it next time.”

A few days later the spotting started. We went back to Jessica for an ultrasound.
There was no baby. A placenta, yes. But no baby.

There was never a baby.

I went home and threw the bean away.

A few months later, I wrote what became the most popular blog on my site. I had experienced a pregnancy loss and poured my heart, soul, and guts into WordPress and hoped for the best.

It took off. I got messages from women I didn’t even know. Heartbreakingly, the messages were the same.

“I had a miscarriage too.”

Studies show one in four women will experience pregnancy loss in their lives. I happen to think that number is under reported, by the way. Because when these women told me that they had a miscarriage, they told me something else too.

Why is this still a shameful experience?

A few years ago, we heard that someone we knew was pregnant.
“But shhhh, don’t tell anyone yet. I’m not even supposed to know.”
A few weeks later, that same woman wasn’t pregnant anymore.
“She should talk to you. You know what a miscarriage is like.”

I do know what miscarriage is like. So do a lot of other women. It feels like more women are willing to share about their loss. Through social media, we can connect with our networks and tell them things in a way we never could before.

But then we stop talking about it.

On the anniversary of the death of the spouse, parent, or earthside child, we talk about it. We visit a gravesite. We receive renewed condolences.

But with miscarriage, there is usually no grave to visit. No one remembers the day of loss or the estimated due date of birth. We’re left to ourselves to grieve in silence. No one wants a mopey woman on their newsfeed.

I don’t think any woman owes anyone else her story. But we HAVE to find a way to talk about it.

I had three pregnancies. I have two children, but three pregnancies. I shamelessly say this now. I can see people do the math in their heads and it often makes them uncomfortable. It’s not my goal to make people uncomfortable, but we have to find a way to talk about it. I don’t want my daughter or nieces to suffer in silence someday. To grieve in silence. To wonder if there is any hope for living a normal life.

As a society, we suck at managing big feelings. They make us very uncomfortable.

I think from this discomfort, we can say some truly damaging things.
“At least you know you can get pregnant.”
“You’re young, you’ll have more kids.”
“God never gives you more than you can handle.”
“Everything happens for a reason.” 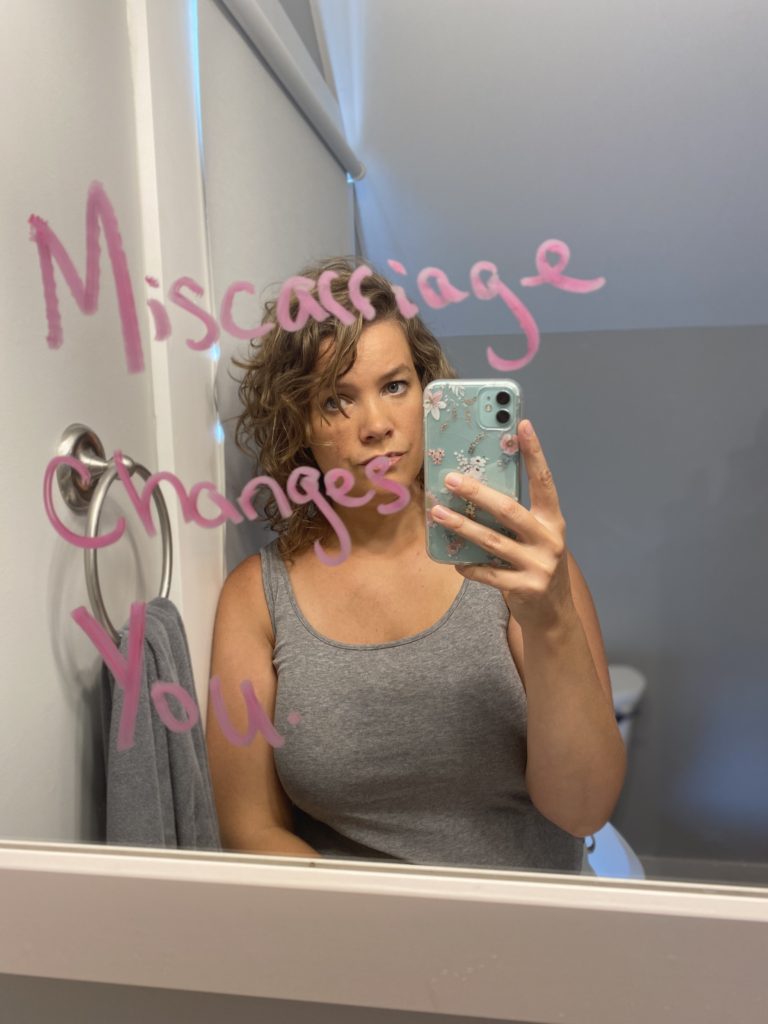 My miscarriage changed me. It was unbelievably hard.

I cried. A lot. But always in secret. Away from the confused eyes of onlookers and concerned eyes of my husband.

I started drinking a lot. When I was drinking, I wasn’t feeling. And about the time my teeth were wine-stained purple, I would pick a fight with my husband. The intimacy was gone from my marriage. Anything that made me feel even more vulnerable was out. I wondered if I was damaged beyond repair.

We ended up going to therapy, my husband and I. My therapist made a statement that stuck with me, even now:
“Grief is the price of love.”
And boy is it ever.

I found out I was pregnant with my son almost three months to the day after my pregnancy loss. I was still in therapy, but I made a fatal mistake. I was pregnant, so it solved my problems. Right?

I told my therapist “Thank you, you helped a ton. See ya later.”

What I didn’t know was that getting pregnant and having a baby doesn’t erase the grief of a miscarriage. In the excitement of baby planning, you forget. It gets neatly boxed up, along with the college memorabilia and empty beer steins, making room for baby.

And you forget about it until things settle. Until the baby arrives and everyone is healthy. People stop offering support and asking how you’re doing. Sleep deprivation settles in. Loneliness takes over. And you stumble upon the mismarked box of grief and open it by mistake.

Those emotions that were neatly packed away come flooding back and compound everything else.

This isn’t the way it was supposed to be. 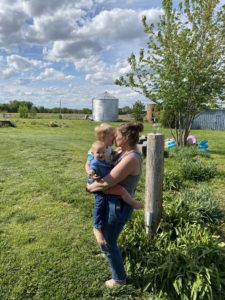 I love being my children’s mom. I love them like crazy. I miss them when they’re not around and know they are a piece of my soul walking the world.

But motherhood just isn’t my calling. I don’t love being a mom. It’s not where I want to stake my flag. So there are a lot of confusing emotions around this.

Have I earned the right to mourn my miscarriage?

How can I miss something so much that I’m not even called to?

What is wrong with me?

Being a mother is complicated.

Five years later to the day as I write this.

So much as happened. Two healthy babies. A big move. Postpartum anxiety and depression. Pressing pause and play multiple times on my career. Vacations and adventures. A deeper and more meaningful marriage. Awakenings to causes bigger than myself. A damn pandemic. 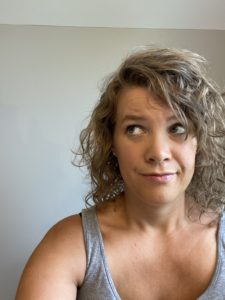 With so much, it’s easy to forget. Sometimes for days at a time.

But then a memory. A smell. A whisper from beyond.

And it’s a knife to the gut.

And I lose my breath.

“Who would you have been?”

It’s an uncomfortable truth that offers volumes of comfort.

It is possible to walk around incomplete. A piece of our soul buried in the ground or wafting in a memory.

Happiness comes again. Life can continue and it can be grand.

And the craziest part is that grief makes our happiness more authentic and true.

Someday, when my kids are old enough to understand, we’ll tell them about our miscarriage. It won’t be in hushed tones. It won’t be a family secret. It will be an open declaration that hard things happen. The lesson is that through grace, compassion, and support, growth is possible.

But not in silence.

We can no longer expect women to suffer in silence.

We cannot set that expectation that our children will do the same.

So what is the point of me writing this? 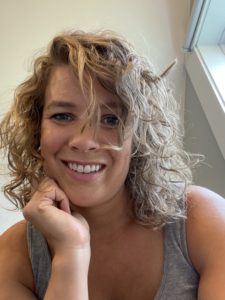 To tell you that I’m still here.

To tell you that the women in your life who had pregnancy losses still grieve. Even if they have kids now.

To validate the women who still feel sad. Scared. Alone. Who are tiptoeing around the box of feelings. Who dread Mother’s Day. Who are fighting their partner with wine-stained teeth. Who thinks the world has moved on. You’re not alone.

This is a club I never wanted to join. But I’m a card-carrying member now.

And I made it five years.

I was not damaged beyond repair, but I am forever changed.

Let’s talk more. Tell me what you’re thinking in the comments or join my Private Facebook group to chat more.